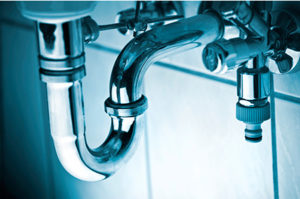 Plumbing is any system that conveys fluids for a wide range of applications. Plumbing uses pipes, valves, plumbing fixtures, tanks, and other apparatuses to convey fluids. Heating and cooling (HVAC), waste removal, and potable water delivery are among the most common uses for plumbing, but it is not limited to these applications. The word derives from the Latin for lead, plumbum, as the first effective pipes used in the Roman era were lead pipes.

In the developed world, plumbing infrastructure is critical to public health and sanitation. Boilermakers and pipefitters are not plumbers, although they work with piping as part of their trade, but their work can include some plumbing.

The major categories of plumbing systems or subsystems are:

When homeowners and businesses in Wake County and the Raleigh area need plumbing work, they can rely on Unlimited Plumbing to provide the highest quality and quickest service in the area. At Unlimited Plumbing, we take care of all leaking pipes, clogged plumbing or broken water heaters. Contact Us for 24 HR Emergency Services.